As some of you may remember, Bossy is single. After Bossy’s divorce, she joined an online dating site because they do not have I Am Here Somewhat Ironically sites. For those of you who don’t know how dating sites work because you are happy, it goes like this: you set up a profile and are presented with prospects based on your very broad search criteria such as age, height, and never trust a man with a curio cabinet.

And the dating websites never fail — for the past five years, Bossy has been presented with a string of interesting men who are tall, dark, and speaking of dark: Bossy can see the wood paneling in the background of your selfie so this is never going to work.

Bossy has often thought of deleting her dating website profile, but then how will Bossy learn about the many different species of fish caught by a pair of sunglasses? 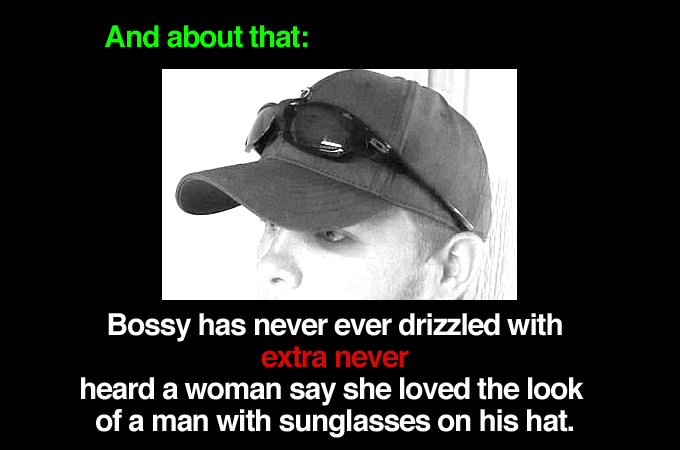 So Bossy decided in lieu of perusing dating sites, she was going to just live instead, where just live means watch Call the Midwife behind closed eyelids.

It was in this spirit of just living that Bossy found herself this past weekend, walking one block to her local supermarket in arctic temperatures. 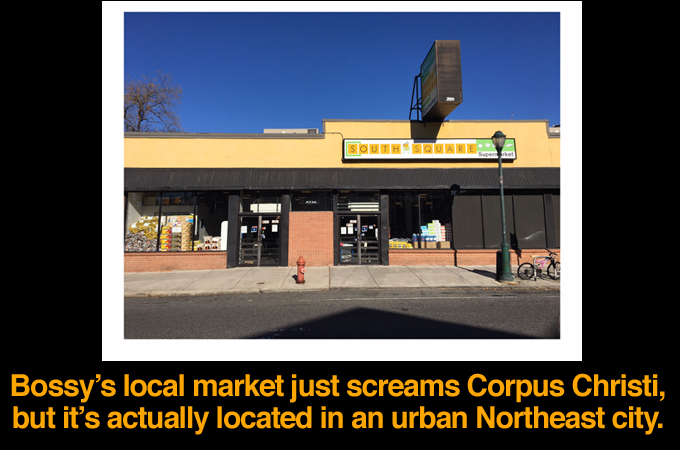 Bossy wasn’t in the market two seconds when she spied him. He was emerging from lightbulbs and plastic wrap and his aura was distinctly I am sane, healthy, and my leather desert boots are well-worn. Bossy fell instantly in love. She headed toward the spray mops just for the chance to pass him, before noticing he was beelining for the cashier. This was Bossy’s cue to turn and sprint down the dairy aisle in order to collect the sole reason for her being: a carton of half-n-half. 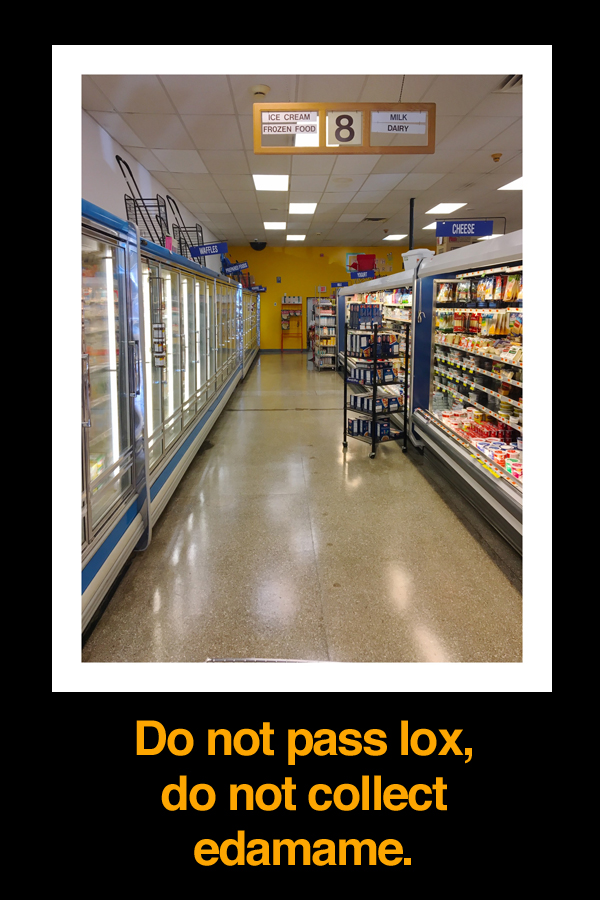 Faster than you can say grey hair poking out of a ski hat and no wedding ring, breathless Bossy had settled behind him in the supermarket checkout lane. “Just the toilet paper and the Snickers bar?” the cashier asked Bossy’s man. Bossy wanted to form the sentence, “Sounds like a fun day to me!” until she realized it sounded like a laxative commercial. So instead Bossy stood there facing her man, silent, which Bossy once read is the number one strategy for getting remarried.

While Bossy’s man put his toilet paper and Snickers bar into the shopping bags he was already carrying from the pet store across the street, the cashier turned his attention to Bossy, “Just the half-n-half?” Bossy wanted to form the sentence, “Yes, the half-n-half to accompany the coffee that goes with his Snickers bar,” but before the words could drop like a gum-ball from her brain to her mouth, Bossy’s man had turned on his crepe rubber heels and was gone.

Bossy jammed various numbers into the debit keypad, yelling, “idon’tneedabag,” over her shoulder as she exited the store. That’s when Bossy turned to her left and saw her man loading grocery bags into his perfectly parallel-parked car. 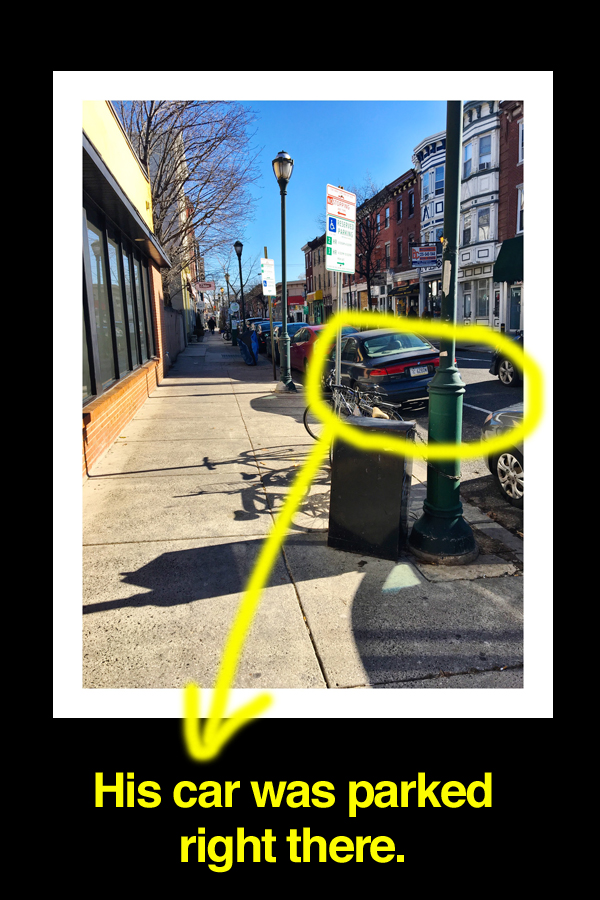 Bossy knows what you’re thinking. You’re thinking, “A parked car means he doesn’t live in Bossy’s neighborhood, because no way would anyone leave a great street parking spot at noon on a Saturday in order to drive a few blocks to the busiest parking intersection in the city so you can pick up some toilet paper, a Snickers bar, and a few dog toys for your imagined Doodle-something!”

Bossy decided to turn and walk in his direction anyway, so that magic could happen. In Bossy’s case, magic was an exchanged smile that lit up the room, if South Street, Philadelphia were a room, and if it were the beginning of a long, beautiful night instead of a frozen, windswept afternoon, and if Bossy had thought of something clever to say.

Bossy can sum up her supermarket experience with her man in this way: ‘You look familiar’ didn’t occur to Bossy until later. Crap!

Which is what today’s Ten-Word Challenge is all about. In exactly ten words, can you tell Bossy what she should have said to her man for a more happy-making outcome? Or tell Bossy about a similar situation when you couldn’t think of anything to say until later?

And be sure to check back later for the best What You Should Have Said comments on the web!

*please note: if you don’t see your comment appear at first, it’s because Bossy is in the process of educating her new spam folder and clearing reader names from that list. Thank you for your patience.