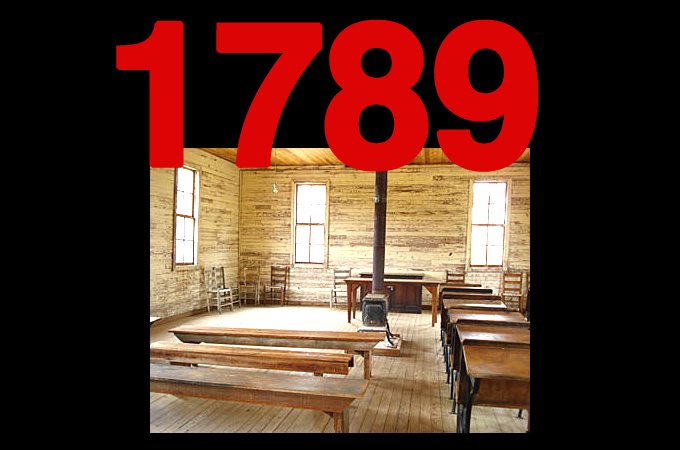 Up before dawn, the children of Parkland pull on their handmade frocks and their breeches to tend to their daily chores. The pine floors of the sleeping loft feel chilly underfoot, so the children dress while standing on rugs made from crocheted cloth scraps. They carry wood for the cooking fireplace from the stack of logs split yesterday, and place an armful on last night’s diminishing embers.

Tasked with feeding the chickens, the girls place a pudding cap on the head of their toddler sibling and steer them towards the door, holding tight the leading strings that prevent the toddler from climbing the splintery yoke that awaits the spring plow. The boys head outside to milk the family cow and feed and water the cracker ponies that gather around the granary barn after a night at pasture.

Back inside, the children await their breakfast of ashcakes. Their mother makes a sticky dough of corn meal and water which she flattens into a cylinder placed directly on the fireplace coals. The boys go back outside to ready the pony that will take them several miles to the closest one-room schoolhouse, which was built when the neighboring community tallied over fifty local families. The boys place the bridle and bridoon bit on the pony and secure a sack of kindling around their shoulder for the school’s pot belly stove, which is located in the heart of the classroom. The girls remain behind to collect Spanish moss for the mattress their mother is sewing, and to help make the meat pie that will be served for a special dinner.

The boys kiss their mom who is pumping water from the well — and then grab the pony by the withers and loin, the boys swinging their legs over its back, turning toward the unpaved road and trotting past the loud rattle of a pony cart headed to market.

Arriving at the school, the boys hitch their pony to a split rail fence and try to suppress the excitement of an upcoming community barn raising. There are more boys as usual since it isn’t growing season, although a few boys are learning how to make scythes as blacksmith apprentices and won’t be returning to school.

Once inside the school, the children settle onto the wooden backless benches, the younger children in the front of the room, and the older children in the back near the door. The students reach for their slates to practice arithmetic.

Except on this day, not far from the schoolhouse, there is a very twisted and angry boy of similar age who is after vengeance. He has decided to target the school, for it represents everything he hates. He corrals a horse belonging to his friend’s family, and he stabs at the clay stuck in ridges along the bottom of the horse’s shoe, callously ignoring the collapsed horn that split over the heel nail and is rendering the horse lame. He stands on a log outside of the home where he has been planning his treachery, and he mounts the horse and directs it towards the schoolhouse.

A year earlier, the very twisted and angry boy of similar age purchased a Flintlock pistol, which was the most dangerous weapon he could buy. Typically used for protection and military engagement, the Flintlock pistol has a short firing range and is often used in conjunction with a sword.

On this day, the very twisted and angry boy of similar age arrives at the school ten minutes before the children’s dismissal — a time when the children return home to their afternoon chores and a warm meal by the fire. The very twisted and angry boy of similar age dismounts from his horse. He pulls the gun from his pocket, along with a powder flask full of black powder. He disengages the ramrod from the underside of the gun barrel and places it on the nearby split rail fence. He pours the black powder into the muzzle end of the pistol, spilling excess black powder onto his hands and the ground. He then drops a lead ball into the same muzzle end of the pistol and reaches for his ramrod to push the lead shot and powder further into the barrel. He then drops more black powder into the flash pan located on the opposite end of the muzzle and closes the flash pan lid. He cocks the gun to half-cock. Planning on shooting his gun multiple times, which means repeating this process, he places the ramrod in his pocket instead of clipping it to the bottom of his gun. He kicks the horse free into the late afternoon and walks purposefully towards the unsuspecting children who are practicing their handwriting in copybooks using quill pens.

The very twisted and angry boy of similar age pulls the trigger. The flint strikes the frizzen, producing sparks that fly into the flashpan. The powder ignites and the resulting flash travels into the combustion chamber where it ignites the black powder. The gun discharges, but misses.

The very twisted and angry boy of similar age reaches into his pocket for the powder flask and the ramrod to reload his weapon. He tucks the ramrod under his arm and begins to pour the powder into the muzzle end of the pistol, but he is tackled by one of the older boys in the back of the room.

The incident is over. The school children return to their families, and to their lives.